How does the NetJets pricing list look like? Is it fair or just another exaggerated list that is meant to fish that money out of your pockets? Can you get a better deal elsewhere? Let’s get dive into our review today to find out about this and more. My hope is that by the time we are getting to the end of the review, you’ll be well-equipped with the knowledge to help you decide whether to use Netjets or not:

Name of the company: Netjets

P.S: You can pool the costs to make it more affordable & to get a better experience as you travel together 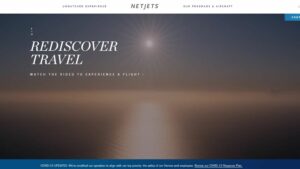 Netjets exists as a subsidiary of Berkshire Hathaway. Anyone who knows Warren Buffet and has taken their time to dig into his investments knows about Berkshire Hathaway. NetJets was founded back in 1964  under the name Executive Jet Aviation. It made history by becoming the very first private jet charter and aircraft management firm.

Some of the big names behind the formation of NetJets include:

A brief history of NetJets

Executive Jets Aviation kickstarted its operations in the year 1964, with their fleet of only 10 Learjet 23 aircraft. Bruce Sundlun rose to presidency in 1970, and was replaced by Paul Tibbets in 1976.

Towards the end of the 1970s, this company was already serving close to 250 contract customers and was logging over 3 million miles annually.

In 1984, Richard Santulli (former Goldman Sachs executive) purchased EJA. Richard already owned a firm that was serving offshore oil companies by leasing helicopters to them. Upon taking over EJA, Richard began changing the playbook that previous leaders had been using all along.

1n 1987, Richard and his team announced the NetJets program, making it the very first fractional aircraft ownership format. Around this time, the culture of painting the registration numbers with the ending QS, begun. The abbreviation QS stands for quarter shares of that particular aircraft. This feature is still existent even in today’s aircraft.

Berkshire Hathaway acquired NetJets (the program) and EJA in 1998. It began its operations in Europe and Russia as NetJets. At this time, it was the largest firm of its kind in Europe.

In 2010, NetJets acquired a firm known as Marquis Jet that was at the time being run under the able leadership of Jesse Itzler and Kenny Dichter. This acquisition was quite the strategic one, in the way it allowed Netjet customers to use the Marquis Jet card to buy 25 hours of guaranteed flight time on the fleet owned by NetJets.

In 2014. NetJets got the approval to launch its services in China, after having waited for 2 years to get the operating certificate from the Chinese government.

How does NetJets go about its operations?

NetJets usually sells fractions of their special aircraft that are chosen from a pool of the available crafts at the time one is making the purchase. The owners of the aircraft are usually guaranteed access to their aircraft (50 to 400 hours). The number of hours depends on the owner’s share size. They can access the aircraft on short notice (four hours prior to the commencement of the trip).

If the owner’s aircraft is not available at the time that they need it, then NetJets will provide a similar or larger aircraft.

As a fractional owner, you’ll have to pay a monthly maintenance fee as well as an occupied hourly operating fee.

Note that the occupied hourly operating fee is usually charged whenever the owner of the aircraft or their guest is on board, not during the ferry flights.

For those companies that need less than the set minimum of 50 hours, or the 5-year commitment of NetJet’s fractional ownership, then they can purchase their flight hours in the form of 25-hour increments through the Marquis Jets and the NetJets jet card programs.

There are several fractional and private jet lease costs that new customers can expect to get charged, including the following:

If you pick this option, you’ll have to pay a one-time acquisition charge. These charges are dependent on your share size as well as the type of aircraft that you purchase.

With the monthly lease option, you’re not required to pay the capital acquisition fees. You’re instead required to pay a monthly fee as per the unique terms of your contract.

Note that with both options, the main factor that determines the number of hours you can access your private aircraft is the size of the share you pay for or lease.

There are fixed monthly fees that owners have to pay to cover indirect expenses such as:

This is a fee that’s based on the flight activity. This fee usually covers direct expenses such as:

The amount of fuel that an aircraft consumes varies per flight, depending on a collection of factors, including:

The variable rate is usually applied to every flight individually and is usually dependent on the aircraft that one is paying for, as well as the total cost of fuel incurred by NetJet’s in the previous month.

NetJets usually waivers the positioning or ferry costs, which are basically the fees charged to get the aircraft to a position where you can easily access it.

The type of aircraft owned by NetJets 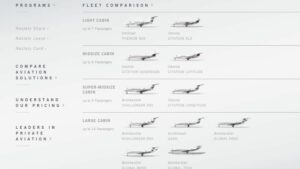 Most private jet users have their preferences when it comes to the type of aircraft that they’d like to travel in. NetJets’ fleet consists of the following aircraft:

Is NetJets genuine or is it a Scam?

Yes. NetJets is in my opinion a genuine company that offers services that are also genuine. The company has been serving its customers since 1964 and is currently a subsidiary of Berkshire Hathaway, which is a widely recognized company. The company has a decent collection of aircraft that you can own through the fractional share program or through leasing.

The one thing you can observe by looking at the list of all charges one is meant to incur before they can step into any aircraft is that NetJets is quite expensive. As much as they talk about the subsidization of some fees and charges, there are still other direct and indirect expenses that one has to meet for owning fractional shares of the aircraft. Also, you have to lease or “own the plane”  by paying for not less than 25 hours of flight. Companies that have employees who travel regularly or business people who have regular meetings to attend can benefit from such a program. Unfortunately, most potential clients would only need a private jet for a one-time flight.

You can opt to travel using this private jet company, without having to tie yourself down with high fees and charges

NetJets’ value proposition augers well with a significant number of customers, who have taken up their offerings gladly, so far. If you want to have the feel of owning a private jet, then you can try and utilize what NetJets has to offer. If you’re, however, out to travel with your friends and family without denting your wallet, then you can consider having a look at this other company I came across.

Thank you for taking your time to go through this review about NetJets and what you should expect to find on their pricing list. Most of the fees are bound to vary from one customer to the next one, so you should reach out to the support staff to get the most accurate quote. That said, you can check out what the alternative I’ve recommended has to offer, to see if you can get a better deal.

I wish you well, 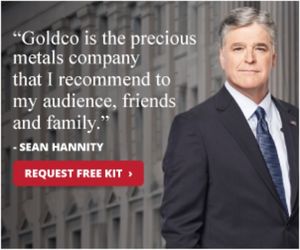